A mass of teddy bears formed an impenetrable wall that stretched the length of a city block. Those bears, in an array of colors, sizes and shapes, sat shoulder to shoulder in silence, a tribute to the hundreds that perished in the Oklahoma City bombing. The community, as well as the nation, was still reeling from the aftermath of the tragedy. People were hurting in ways that I could not even begin to imagine. Their pain was palpable and the enormity of it overwhelmed me. I wanted nothing more than to cry along with the anguished families, yet I was there for another purpose.

The trial of Timothy McVeigh was underway and Dr. Norma Leslie had invited me to perform my concert, “Peace Begins with Me.” It was my intent to raise hope, lift spirits and offer some light into the overwhelming darkness. I had performed many such concerts, but this would be my first one of national proportions. It would also be the first time I would perform with my own emotions running at such a high level. 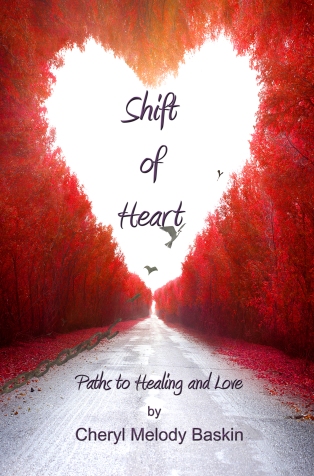 Standing alone on the amphitheater stage at the University of Oklahoma, I looked out into the sea of grieving people. Looking back at me were parents who had lost their babies and children. Looking back at me were children who had become orphans through one shocking and senseless act of violence. The rawness of the emotions began to envelop me. My stomach lurched and my palms began to sweat. My thoughts wandered and I began to question whether my music could help to heal anyone or anything under these circumstances. I was filled with self–doubt. Still, I was committed to my mission to reach out in an effort to help heal people’s hurting hearts.

The weather was beautiful and the audio equipment was top notch. The conditions were perfect for a concert, except for the broken-hearted people that stood before me. I prayed, “Please help me get out of my own way,” and I tried to fill my head with positive thoughts. Still, I wasn’t sure if I could pull it off. Would the words get stuck as I tried to choke back the tears? Just before I sang my first note, a glorious butterfly landed on my microphone and then fluttered around me and perched on my shoulder. In all of its splendor, that butterfly conveyed to me the promise of change…of transformation and of a gentle quiet voice from a Higher Source telling me that I was here in this place as my Purpose and for a Higher Reason. At that sacred moment, I knew I was right where I was supposed to be, doing what I was meant to do. Everything seemed to fall into place. All of my misgivings were replaced with a sense of calm and I began to sing…

We’re all one people, all one nation, all one planet, Together we can live… We’re all the colors of one rainbow, All the feelings of one heart

All the music of one voice, Let’s reach for a brand new start…

During the chorus, I suggested that people come together to support each other. As I stood there, I saw an amazing outpouring of love and unity when people left their seats and greeted each other with hugs and handshakes. In that moment, the audience, diverse in every way, came together as ONE; their warmth, generosity and love was far stronger than the horrific event which initially bonded them together. They stood, much like the teddy bears, shoulder to shoulder, heart to heart, a formidable wall of human kindness that refused to yield to hatred. It was a powerful experience. That which was meant to devastate, served to unite. I was witness to the resiliency of the human spirit and to the strong need to be connected to others in tumultuous times. Just as the butterfly had promised, I beheld a miracle in the making as I watched people beginning to become stronger at the broken places, their long journey to heal having its start in that moment.

From the book Shift of Heart, Paths to Healing and Love by Cheryl Melody Baskin

Originally published in Volume 1 of 45 Magazine.