I awoke to absolute darkness and pain, feeling helpless with my hands and ankles bound. There was a steady drip of water being emptied into a rank puddle a meter from my head. I was blindfolded and gagged.

I tried to work on the knots that bound my wrists, but not only was I in absolute darkness, they were bound behind me. One always got more freedom when bound from the front, but rarely from the back. I strained my ears as much as I could. I could hear the occasional car as well as scrabbling and squeaking. The latter meant rats or mice, then. They tended to eat whatever was opportune, meaning, if they sensed me, I’d become dinner and nesting material.

I could hear muffled movement coming from the other side of the wall. There was a click and a squeak, and then a change in the air. It was no longer stale and the scent of Chanel No. 5 drifted into the room.

“Eliza my dear, I thought you’d finally awakened. I hope your head isn’t too pained. It is so very nice to see you. Oh, don’t mind the rats. I am sure you can eat them.”

I growled around my gag at her tone. She clearly enjoyed this way too much. This little twit didn’t know that much about me, and I planned on keeping it that way.

I heard her making her way across the concrete. I could hear her heartbeat, she was less than three meters from me. I growled around my gag again. She laughed derisively at my predicament.

“I am going to remove your gag. If you try to bite me or do anything funky, I will gouge out your eyes, pull all your teeth, and then destroy your heart. It is your choice. Are you going to behave?”

I growled around the gag but nodded once in assent. This bitch was making me furious. I heard her pull a weapon, likely a knife or dagger of some sort and I felt her press it against my heart. She yanked the gag from my mouth. I hissed at her, again, but she merely chuckled. I stretched my mouth which had gone stiff.

“Why am I here? I’ve never harmed you.” My voice, even to my own ears, sounded plaintive. I still couldn’t see her as she’d kept the blindfold on my eyes, but I could smell her. The Chanel and the voice were mind bogglingly familiar, but I couldn’t quite place her. It was mildly infuriating.

She chuckled before answering, keeping the blade against my heart. “Oh my dear Eliza, directly, no. You have a list of crimes as long as my arm, however. We all know what you are and what you have done.”

“Who are you? Your voice is familiar to me.” I did my best to keep my voice neutral, but even I heard the tiny quaver in it when I spoke.

The woman tsk’d. “You do not recognize me? It is I, Donna Rose Avery. I am a little hurt, now, Eliza dear”

One of the best hunters that I knew, and from a Legacy family, no less. The enemies she went after always underestimated her because of her tiny stature and lean musculature. She once described herself to me as “five feet of pure hate, 100 pounds of pure rage”.

“Who has told you such lies about me, Avery? You know I am hardly the type to hare off and harm others – “

“Don’t try your magic with me, Eliza. I may not be a vampire, but I am strong enough to rip you limb from limb, and make it permanent. You won’t regenerate when I am through with you,” her voice was soft and menacing. “All of us in the Organization are aware of what you did. I told you that already. We are not, in fact as ignorant as you seem to believe.”

I hissed at Donna Rose. My fangs started to descend of their own accord, and I did my best to keep that quaver out of my voice, “You judge me and yet, I never once lied to any of you, nor did I ever harm another who was innocent. Humans are not special, Donna Rose. The fact that you can find humans willing to serve evil regimes proves that. My only crimes were against other vampires.”

“Perhaps, yet you used us as cannon fodder in your little war. We were thrown away like rubbish. I can’t take you to a proper court of law because there is no law in the U.S. to cover what you did. You used us, some of us to the point that even as survivors, we will never be the same.” She sounded contemptuous.

“And yet, Donna Rose, you enjoyed what you did. Better that they died killing already evil creatures versus innocent humans. Or, is that too much a fact for you to consider as you ponder my alleged crimes?”

“Jeremy, Chad, and Antonia I will give you, they were vile. But, what of Meredith, Persephone, and Ignatius? None of those three were like that. Nor am I. Persephone lost a gods bedamned leg to your crusade. We still haven’t found Ignatius’ head, and Meredith refuses to see anyone because of the things she saw. She is a ruddy shut in!”

“You are aware that there are worse things in the world than vampires, aren’t you? You will believe what you wish to believe, however.” I wasn’t sure the truth would satisfy her with her murderous agenda, but I hoped it would.

“I don’t believe you, not after all your lies, Eliza. Perhaps, if another leech can corroborate your claims, you might yet survive, if I am feeling generous. I will leave your mouth free for now as I do need to feed you.” With that, Donna Rose turned on her heel and left, shutting the door and locking it behind her.

I was still in absolute darkness, but she did make one mistake. With my mouth free, I could call those rats I heard scrabbling about to chew my ropes. She knew vampires, yes, but she didn’t know me. I called them to me, because even though rats are irritatingly bright, they can also be eager to please with my kind. We negotiated a trade and they set about chewing my ropes. I had to leave them food. Rats are always ravenous. Pity, I’d have to kill Donna Rose. I couldn’t let this go unpunished, but, on the bright side, the rats would get their promised food.
I could hear her footsteps coming closer. I squeaked at them to move a little faster please, else I’d be dead. They were trying, and I could feel the ropes loosening a little. I pulled experimentally, expecting them to give but I got yelled at by the rats.

Donna Rose’s footsteps were closer. The rats still weren’t done. Shit. Then, I heard it. The key in the lock. The ropes fell away just as the door opened. I yanked the blindfold off and flew at Donna Rose. I knocked her to the floor. She struggled, punching and kicking at me. There was pain, but it didn’t faze me. I snapped at her neck, missing it by centimeters.

She flipped me off of her and leapt up. Her breathing was hard and she was sweating. I rolled out of the way just as she went for a kick, Donna Rose’s foot narrowly missing my midsection. I looked up, and managed to catch her eye. I barked a command to her. “DO NOTHING!” I could feel her resisting my mind magic, her natural stubbornness kicking in.

Donna Rose spit at me then roundhouse kicked me in the face. On a lesser vampire, that would have broken a jaw. On me, it left a foot sized bruise.

Now I was annoyed. I footswept Donna Rose and she fell flat on her back. I leapt atop her and forced open her eyes, commanding her again. “DO NOTHING!”

This time the command stuck. She even stopped breathing and blinking. I had turned off her autonomic responses. Good. I sank my fangs into her neck and exsanguinated her, taking my fill.

I regretted this action. Donna Rose was one of my best hunters. However, she’d become a liability, and I needed to set an example, apparently.

After I had my fill, I removed Donna’s hands and eyes, the better to get into her cell phone. I then called the rats in to let them know dinner was served, as promised, but they’d best leave in an hour due to an unfortunate bout of fire. I took her keys, car, cellphone, and laptop. The building was ablaze when I left, and I knew I had a lot of house cleaning to get to. 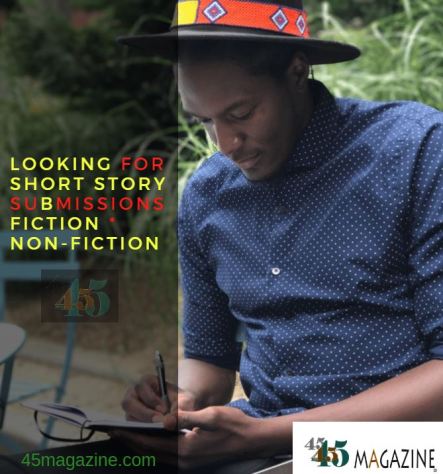