Here’s why I’m not in love with Captain Marvel.

For me, the main character, Carol Danvers a.k.a. Captain Marvel lacked that personal connection of self-discovery with the audience. It’s an error that DC Comics tend to make with their superhero movies, but let’s go on to the second reason that the movie Captain Marvel was good, but not great.

Infinity Wars. As excellent of a movie that was, it has tainted any giddy anticipation I might have had for any upcoming Marvel movie. How many of us were excited about Antman and the Wasp? Sure, I watched it, but I was like, “meh.” And yes, I saw the Spiderman Far from Home trailer, but even in the midst of the nostalgic symphony version of the iconic Spiderman song with hot, buttery popcorn melting in my mouth, I was like, “Oh this must be BEFORE he died!” Sorry folks, but you can’t un-see Peter Parker fading away in sheer terror.

And now, neither can you.

I guess what I’m trying to say is that I’m jaded.

If you had given me the Captain Marvel movie around the time the Wonder Woman movie came out, I would’ve been doing all types of cartwheels and may have overlooked that I couldn’t really relate to Carol Danvers. Even with Diana Prince’s natural-born powers, most women might still relate to her trying to be fitted into a societal role that isn’t quite her style. Danvers comes out of the gate blasting her fist—which is cool and certainly badass, but as the viewer, I’m left on the outside looking in. Her first obstacle, it seems, is tapping in deeper to her already acquired powers. There’s no scene like Ironman’s Tony Stark’s “Yeah I can fly.”

Even with Captain America’s Steve Rogers—while his character remained unfazed by his newfound strength, you still get to see a type of vulnerability that reveals who he was before he was physically transformed. Like Steve Austin, Carol Danvers determination and grit remains steadfast throughout their respective origin movies. Yet, there wasn’t much of a transformation between Carol Danvers and Captain Marvel. Even when Captain Marvel “discovered” that she could fly, it wasn’t really a big deal and no one seemed all that impressed by it either. I just really think some of those things could’ve been played up a little more by the main character or supporting characters—again, my critique could also be further evidence that I’m jaded by the whole Infinity Wars-everybody-dying thing.

Brie Larson was excellent, by the way. My issues have nothing to do with her acting or anyone else’s for that manner. I guess I’m just picking at the writing because I’m left walking out of the theater missing that pick-me-up-feeling I used to get from every other Marvel movie prior to Infinity Wars. It’s like walking out of a DC movie. Again, it was good, but not great. Also, all of the money shots—like the beloved 360 angle when the Avengers all assembled,

…the hilarious Guardians of the Galaxy Vol. 2 Mary Poppins scene,

—all of Captain Marvel’s money shots were in the trailer so I was like, yeah, already saw that.

Notice I didn’t state any money shots for Thor—because these movies are similar in the way of both Thor and Danvers already knowing that they’re “mighty”. Except…at least Thor had to be mortal i.e. normal and vulnerable giving us a character we can relate to. Danver’s flashback weren’t enough for me, guys. So yeah, I’ll catalog this movie with Thor—the first one. Not Ragnarok, because that one was awesome.

Look, I want to luv, luv, loove Captain Marvel. Her spacesuit is kickass. She’s military and she can fly a plane. What’s not to like? I think I would’ve liked to see more of who she was before she got her powers. That way, her acquiring her powers would’ve up the ante on a money shot. Heck, even Tony Stark was bound and kidnapped! I guess I would’ve appreciated more of a rags to riches type of contrast so that my cold heart could cheer a little louder when she started glowing all over.

Before any girl power clap-back says, “Oh, since she’s a woman, she has to show vulnerability?”

No. Since she was once human, the character needs to display some type of vulnerability and then take us through a journey of discovery.

You give me Captain Marvel after Infinity Wars? This is equivalent to a boyfriend giving me flowers and chocolate after he’s broken my heart. Marvel, this would’ve been great if I got this before you broke my heart, but alas, all I can see is what’s already been done. You’ve killed off some cool characters, Mr. Man! 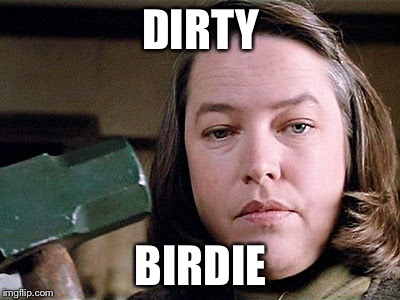 Marvel made too much money on Black Panther to NOT have a sequel, but… all I’m going to think about is, oh, this must be BEFORE T’Challa died in Infinity Wars.

That said, will I pay money to see a Captain Marvel sequel?

What can I say? I’m in a dysfunctional relationship with Marvel Studios where they take my money and occasionally break my heart, but I keep coming back for more.

See you at the Endgame!

In the post credits, I was like, “Wait, so how did Loki get the Tesseract Stone? Also, how did Hydra in Captain America get a hold of it? Didn’t they have it first? I’m so confuuuused!”

This video breaks it all down. Thanks,  Charlie from YouTube’s Emergency Awesome! 😉😘👍🏾